"No" on Bill C-14 and Carter; No Assisted Suicide; No Euthanasia

I was happy to see the CBC article concerning your reluctance to endorse Bill C-14. You are right to be concerned.


I am a lawyer in Washington State USA where assisted suicide and euthanasia are legal. Bill C-14 and legalization generally will encourage people with years to live to throw away their lives. Carter was wrong. Legalization does not promote the right to life.

1.  The bill's title, "medical assistance in dying," implies that eligible people are dying. There is no requirement that people be dying. They are instead required to have a "grievous and irremediable medical condition." See Bill C-14, § 241.2(2). 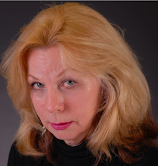