Inspection reports show an Ontario long-term care home where a former nurse is accused of killing seven seniors was taken to task by the province for dozens of "medication incidents" just before it was ordered to stop admitting patients.

The recently released reports, which are dated Jan. 24, indicate there were 41 drug-related incidents at the Caressant Care nursing home in Woodstock, Ont., between early August and late December of last year.

December 06, 2016
A Canadian nurse who took to social media to air her frustrations over a relative's skilled nursing care has been found guilty of professional misconduct by a nursing organization.

Carolyn Strom, a registered nurse in Prince Albert, Saskatchewan, posted on Facebook and Twitter in February 2015 to express concerns with the care her grandfather received at an Saskatchewan skilled nursing facility prior to his death. Strom, who did not work at the facility, advised the management to “get all your staff a refresher” on end-of-life care, CBC News reported on Saturday. 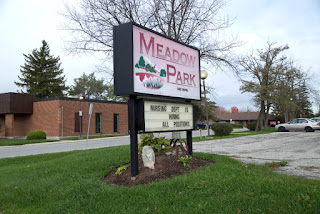 Dear Editor:I agree with the Gazette editorial board that legal assisted suicide sends the wrong message to young people. ("Vote 'no' on more suicide," 09/26/16). I also write to describe the damaging impact of the highly publicized case of Brittany Maynard, on my young adult patient who became actively suicidal after watching her video. I understand that her story is now being used to promote assisted suicide legalization in Colorado.